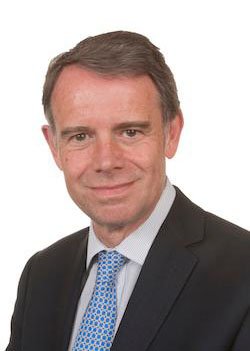 Alastair became an Associate Non-Executive Director with NHS Tower Hamlets in 2008, before becoming Chair of the Primary Care Trust and then Vice-Chairman of NHS East London and the City until March 2012.

His business career has included 34 years with Barclays plc, during which he led businesses in the UK and overseas. These included appointments as Managing Director (Caribbean & Bahamas), Managing Director (UK Small Business Banking) and Managing Director (UK Mid Corporate Banking), where he served on the UK Banking Executive Board. He was also Barclays Group Corporate Responsibility Director and a Trustee of the Barclays Group Pension Fund. Alastair is chairman of trustees of the London Institute of Banking and Finance Pension Fund and is a trustee of the China Fleet Trust. He holds a Masters Degree in Business Administration and is a Fellow of the Chartered Institute of Bankers.

Alastair chairs the finance and investment committee and is a member of the nominations and remuneration committee.