Barts Heritage, the charity leading the restoration of the historic buildings at the heart of St Bartholomew’s Hospital, has unveiled the first inscription of a new donor on the walls of the Great Hall since 1905.

The Great Hall is on the first floor of the hospital's Grade I listed North Wing and was built in the 1700s to house meetings of the governors.

Now it is hoped that new donors will come forward to contribute towards the £9.1m needed to restore the North Wing and bring it back to life as a spectacular visitor attraction and cultural venue, with a health and wellbeing centre for NHS staff, patients and visitors.

The first of these new donors is retired leading orthopaedic surgeon Alan Lettin.

Alan, now 91, grew up in Stratford, east London where his parents owned a corner shop. After qualifying against all the odds, he worked for the NHS for over 50 years, spending 18 years as a consultant at St Bartholomew’s.

As a surgeon Lettin witnessed the transformation of our healthcare system during a time of unprecedented technical and medical advances. Alan was on hand to help the victims of the bombing of the Old Bailey courthouse by the IRA in 1973 and the Moorgate tube crash two years later.

Barts Heritage has renewed this special method of donor recognition on the eve of our 900th anniversary in 2023.

As well as helping to restore the historic buildings at the heart of St Bartholomew’s, it is hoped that a further £30m can be generated by Barts Charity for two new state-of-the-art clinical centres and that millions more can be raised to help continue our essential work across the City and east London.

"Mr Lettin joins a long list of historic supporters on the walls of this spectacular and nationally important interior.

"It is fitting that this contribution comes from a surgeon who was born in east London and practised at St Bartholomew's for most of his career.” 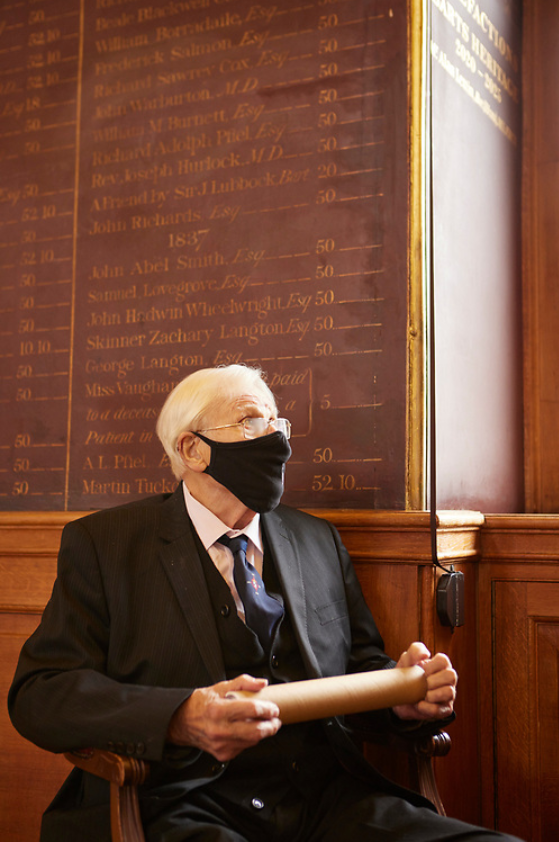 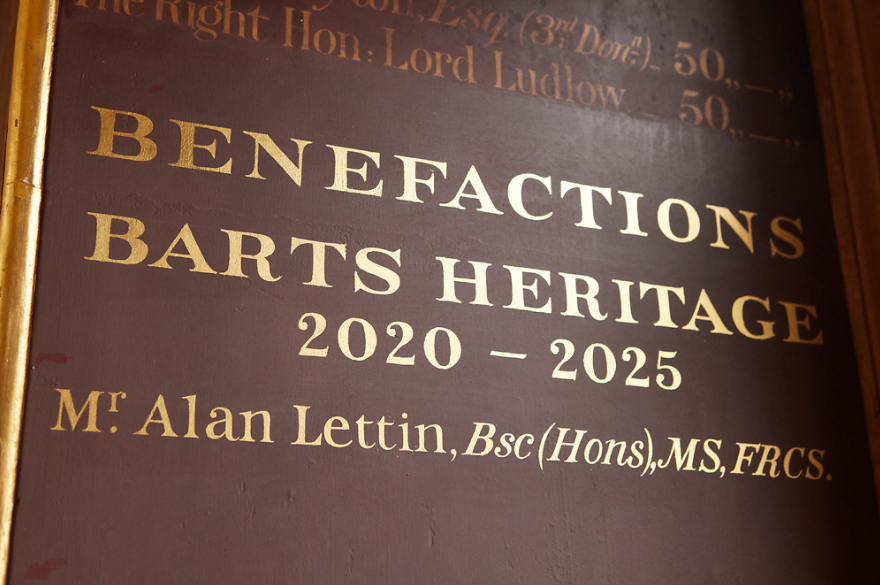 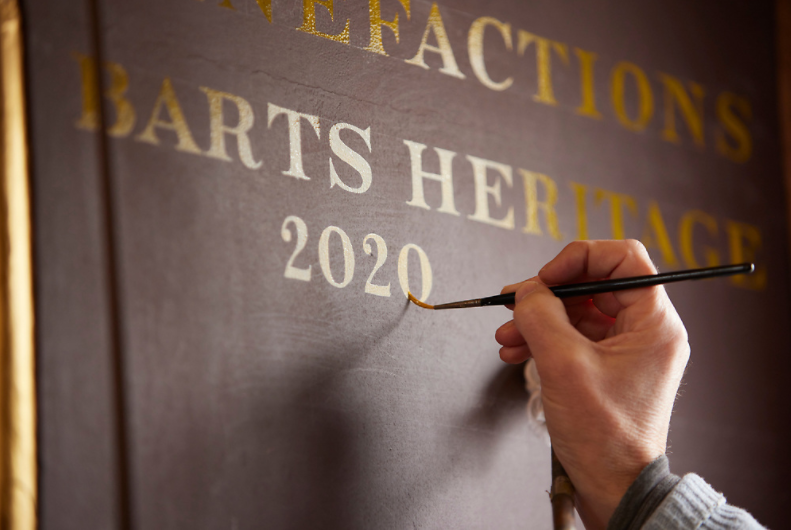