A brief history of View Day | Our news

Posted Wednesday, 13 May 2020 by Andrew Greasley

Explore the origins of an event that dates back to at least 1551 and that, despite two world wars and now a global pandemic, has never been cancelled. A short film featuring Trust archivist Kate Jarman can also be found at the end of this page.

View Day has been part of the Barts calendar for nearly 500 years, and has possibly existed in some form since the hospital’s foundation in 1123.

Traditionally, View Day has two parts – sharing the work of the hospital with our local community and a more formal inspection of the hospital’s properties.

The origins of presenting the hospital to the community date back to the Easter ‘Spital services’, which took place in the Middle Ages. Patients were walked through the streets of London to encourage Londoners to donate to the cities hospitals.

The tradition of ‘viewing’, or inspecting the hospital properties, dates back to the re-foundation of St Bartholomew’s Hospital by King Henry VIII. The hospital’s medieval buildings were in a state of disrepair and an annual inspection was put in place by the new board of governors. 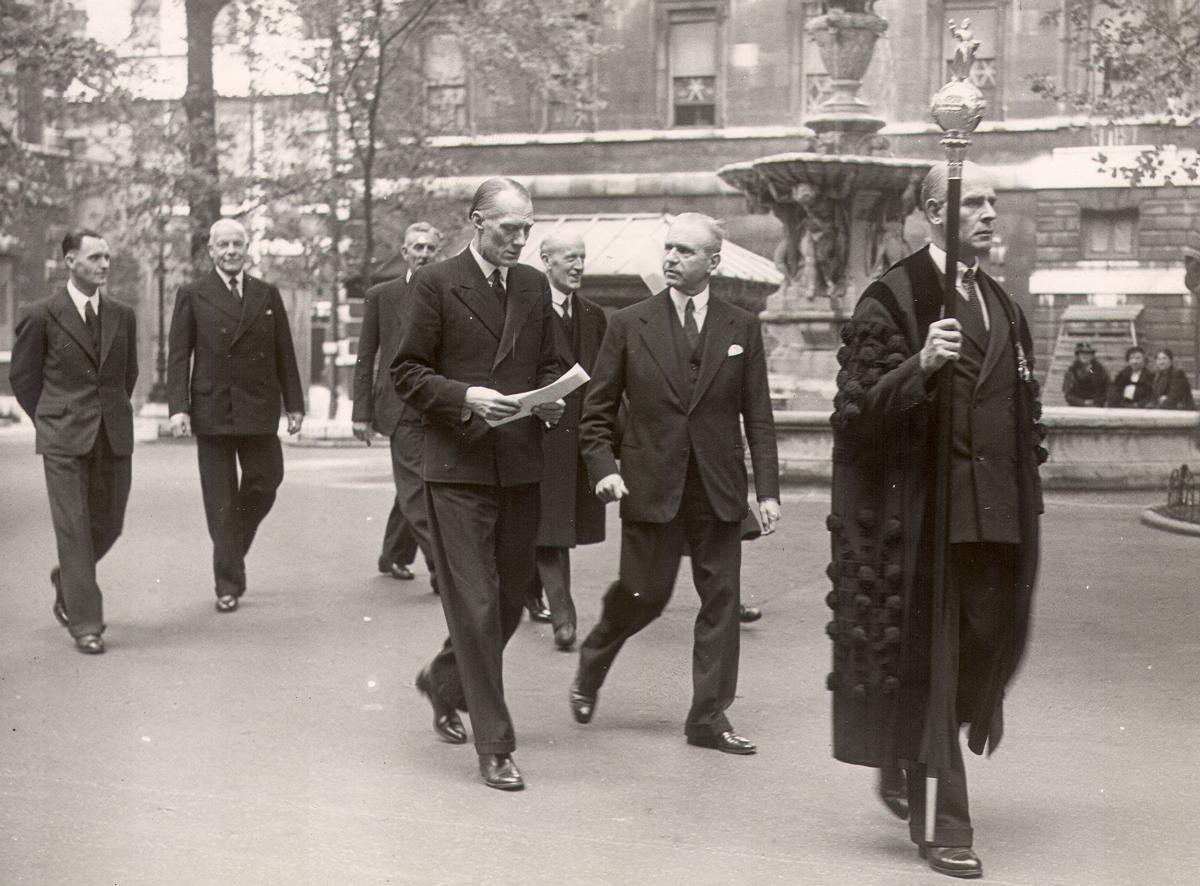 When the hospital was rebuilt in the 18th century, the focus shifted to the wards and by the 19th century, prizes were awarded annually for the best one. There was a formal inspection with the Beadle leading a procession of the medical staff, the governors and the matrons to each ward, where they would be greeted by the sister and nurses lined up in order of superiority.

From the 1970s, the church service was reinstated. The Lord Mayor of London has since taken on the formal role of the governors but the procession to the church is still led by the hospital Beadle.

Although viewing patients and wards is no longer appropriate, attendees still get to hear about the work of the hospital and the projects supported by Barts Charity over the previous year.

This year, the unprecedented global efforts to stop Covid-19 means that, for the first time, View Day will not be taking place in its usual format, but the message of the day is remarkably enduring – to share the amazing work of this historic institution.

Find out how View Day is being celebrated this year.

Discover more about the role of nurses during View Day with the Barts League of Nurses.

Edward Rowland explores View Day through past panademics including the Spanish 'flu.

With thanks to the Barts Health museum and archives service.