A young baby who suffered a severe brain injury has been reunited with the team at The Royal London Hospital who saved his life during the height of the pandemic.

The life-saving surgery means that Efan, who turned one on Tuesday (4 May), was able to enjoy celebrating his first birthday this week by visiting the NHS staff who cared for him at The Royal London.

On a Friday evening in January, at the peak of the second wave, Efan Potts, who was eight months old at the time, suffered a severe brain injury while playing at home and was rushed to the hospital by ambulance.

Having rapidly expanded its intensive care capacity and opened the Queen Elizabeth Unit, at the time The Royal London Hospital had around 150 ventilated patients with Covid-19 and more than 300 non-ventilated patients on its wards.

Despite Covid pressures, The Royal London maintained its activity as the busiest major trauma centre in the UK for both adult and paediatric patients throughout the pandemic. The hospital accounts for around 10% of all neurotrauma admissions in the UK. 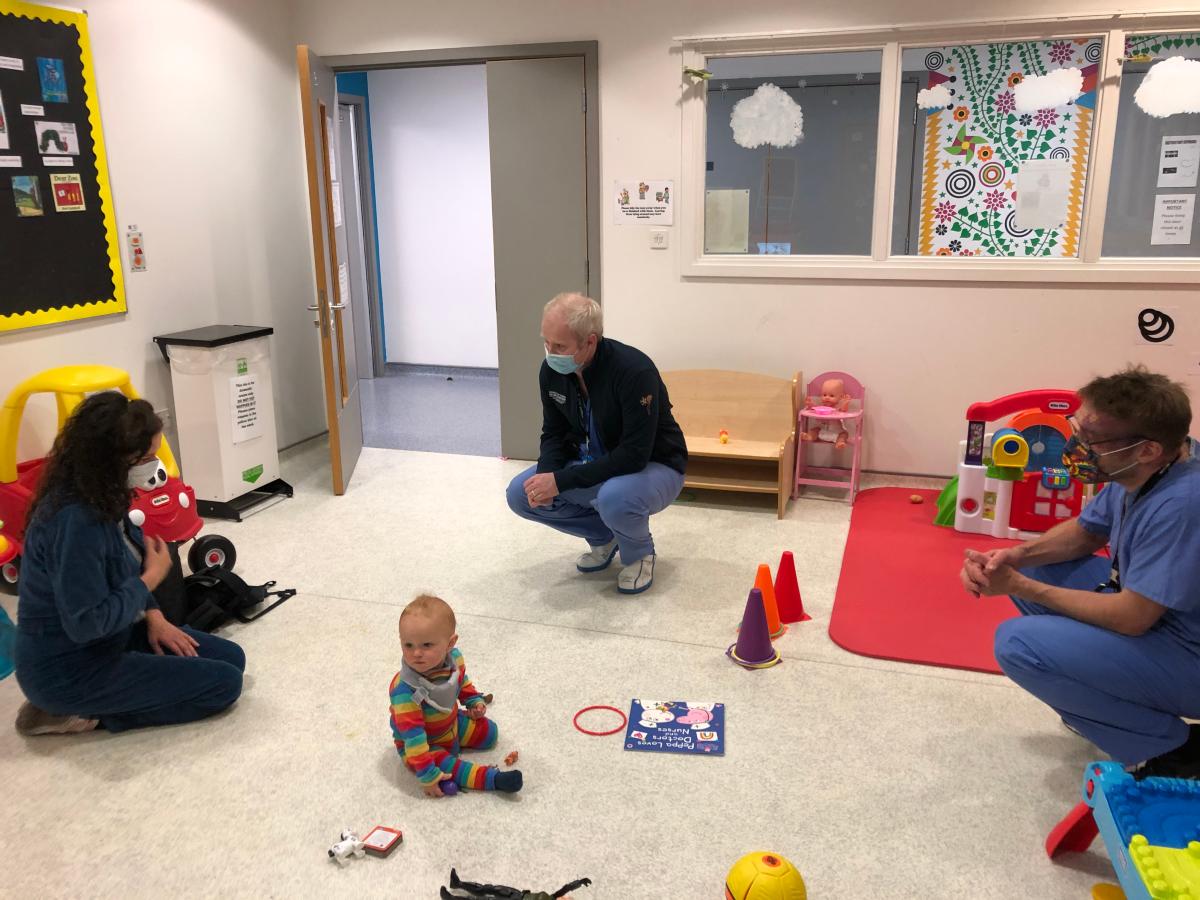 Dr Philip O’Halloran was the senior neurotrauma fellow on call the night that Efan was brought to the hospital.

He said: “I remember getting a call that a paediatric ‘code black’ patient  was inbound to the emergency department.

“This is a specialised trauma call for when emergency departments are expecting a patient with a severe head injury. It means that a senior neurosurgeon will be waiting for the patient in the resuscitation room and an operating theatre will be made ready for them.

“When Efan arrived, it became immediately obvious that he was in very serious trouble. He was unconscious, his breathing pattern had changed and his right pupil had become dilated and wasn’t reacting to light,” Dr O’Halloran added.

“Essentially Efan was on borrowed time.”

Highly trained paediatric and neurosurgical trauma specialists worked rapidly to stabilise Efan. They rushed him through the CT scanner to identify the problem and up to the paediatric trauma operating theatre.

Dr O’Halloran and the team then performed life-saving emergency surgery to successfully remove the blood clot pressing on Efan’s brain, within 40 minutes of him coming through the doors of the hospital.

“It was an incredible team effort,” Dr O’Halloran said.

“The moment paramedics recognised the severity of Efan’s injury, they rushed him to the nearest major trauma centre that was able to provide neurosurgical care. 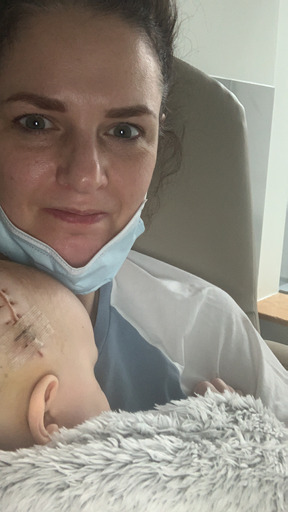 “From the receiving team of doctors and nurses in the emergency department, to the paediatric intensive care doctors,  the anaesthetists, theatre nurses and radiographers – everyone played a vital role in saving this baby’s life.”

“We are absolutely delighted for Efan and his family, that he has made such a spectacular recovery coming up to his first birthday.”

He was transferred to Great Ormond Street Hospital for Children after the surgery where he woke up the next day and received aftercare from their team for six days.

Efan’s mother Kirstin, who was driven to The Royal London by a neighbour in Wapping, said:

“There are no words that can ever do justice to the gratitude we will always feel for what the amazing NHS team has done for our precious baby boy, Efan.

“Our little family owes you everything and will always be in debt to the awesome skill and support and care you gave us in the worst moment of our lives.

“We are so proud of our NHS. You are the very best of this country.”