The campaign to restore the Grade I listed buildings at Britain’s oldest hospital has received a major boost with the award of almost half a million pounds from the National Lottery Heritage Fund.

The £445k development grant has been made available to Barts Heritage, a charity established in 2017 to save the historic spaces at St Bartholomew’s Hospital in the City of London.

It will allow Barts Heritage to progress its plans to transform buildings including the North Wing, which features the spectacular Great Hall and staircase decorated by William Hogarth, into a places of relaxation and discovery for NHS staff, patients and the public.

The money is part of a larger £4.7m grant that will be awarded following a successful development phase in which Barts Heritage will work up more detailed proposals and undertake a period of public engagement about how the space will be used.

The first phase of the works will coincide with the 900th anniversary of St Bartholomew’s Hospital in 2023. Costing around £8.5m, it will involve repairs to the structure and interior of the North Wing and should take around two years to complete.

The overall cost of the project, which will eventually include works to the neighbouring Henry VII Gatehouse and new archive and museum spaces, is likely to exceed £20m.

Will Palin, chief executive of Barts Heritage, said: "This development grant marks the next stage in our project to safeguard one of the most historically important hospital buildings in the UK.

"Health and heritage have lived side-by-side within these walls for hundreds of years and we will maintain this link for the benefit of generations to come.

"We’re hugely grateful to the National Lottery Heritage Fund and to Lottery players for making it happen and look forward to making these incredible buildings a place for everyone to enjoy."

Stuart McLeod, National Lottery Heritage Fund director for London and the south said: "We are thrilled to support Barts Heritage and help them to work up their proposals to transform the historic spaces at St Bartholomew's, the oldest hospital in Britain.

"Thanks to money raised by National Lottery players, plans will continue to be developed to engage a wider range of people with this iconic institution, through an ambitious heritage, health and wellbeing project."

Professor Charles Knight OBE, chief executive of St Bartholomew’s Hospital, said: "The restoration will breathe new life into this magnificent building, realising its true potential as a place of healing and inspiration, and drawing visitors from across the world." 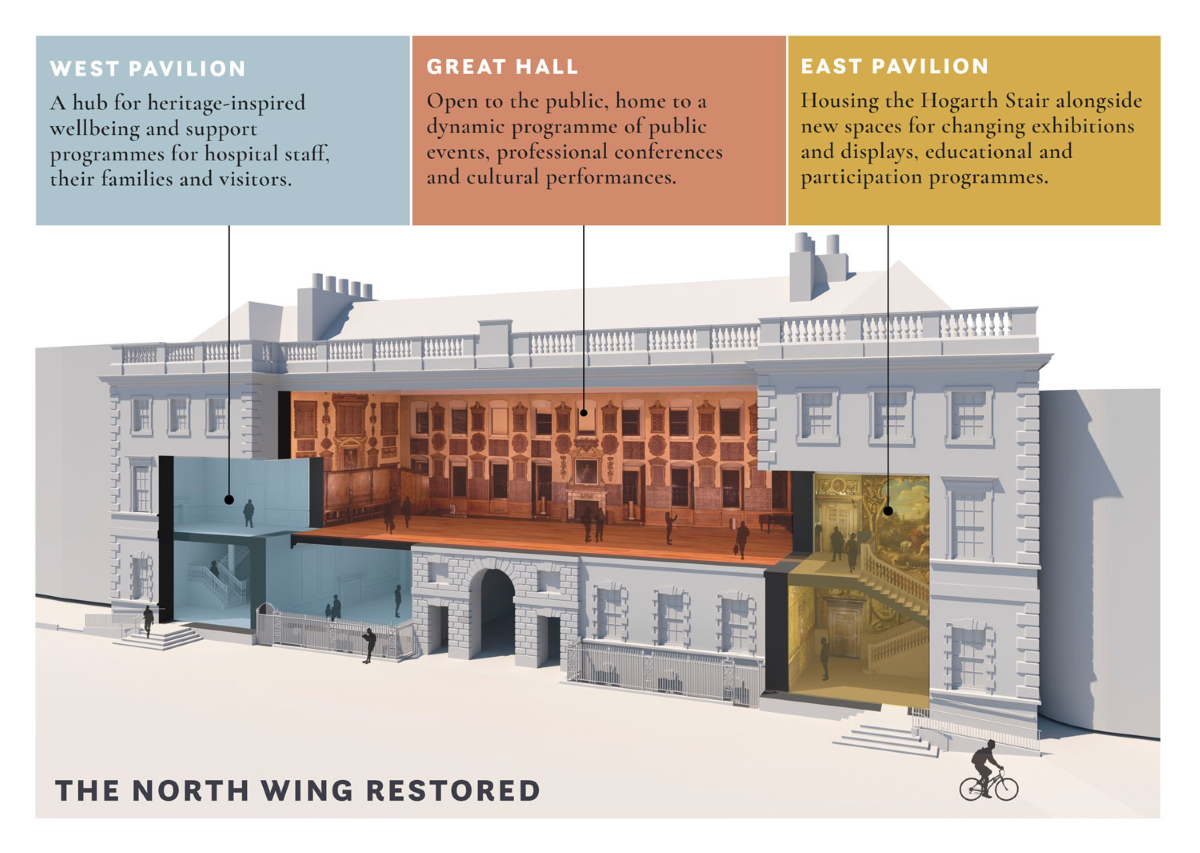