From today, a shuttle bus service that will pick-up and drop-off Newham Hospital staff at local tube stations will be in operation.

The new service will run daily, departing from outside the St Andrew’s Wing entrance of the hospital. It will first go to Canning Town station, then depart for Plaistow Station, before returning to Newham Hospital.

The service aims to provide our staff with a safe route to local transport links, without having to walk alone on hospital grounds at night.

The service will run seven days a week, every hour between 5pm and 11pm. To use the service, staff will have to show their ID badge and the bus will be clearly marked as being for Newham Hospital / Barts Health staff. To adhere to social distancing rules, a maximum of 9 people will be allowed on the bus for each trip. 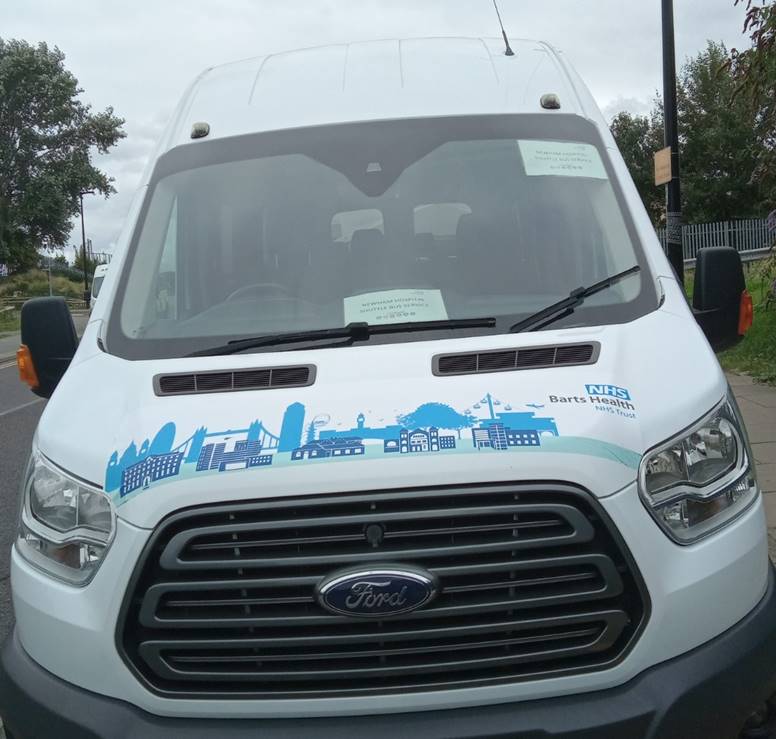 The new service is being implemented following feedback from our staff at a listening event held by the hospital’s executive board earlier this year. At the event, it was discussed what changes and improvements could be made to make the hospital site even safer for staff. In particular, it was discussed how safety could be improved at night and during the winter months when it gets dark early, and given the large ground that Newham Hospital covers – from the entrance on Glen Road to the Gateway Surgical Centre on Cherry Tree Way.

The shuttle bus was one idea to come out of the event. Others include reviewing and improving lighting across the site and providing body cameras to staff in our A&E department, both of which are in progress. It was also discussed that psychological support and counselling should be made available to staff, which has been implemented by the Trust. And that there should be a security presence in the Hospital at all times – this is in place and staff can request a member of the security team to walk them to their vehicle or another building on site at any time.