A huge map featuring stories from across nine centuries of St Bartholomew’s Hospital has been unveiled.

The work, from London-based artist Adam Dant, is based upon the hospital's famous West Smithfield campus.

It has been commissioned by Barts Heritage to mark the 900th anniversary of the hospital in 2023.

Adam interviewed former staff and patients and uncovered stories from the hospital archives including in 1640 when, during the English Civil War, a mob raided the lodgings of influential ‘Barts’ physician William Harvey.

In 1967 a sonic boom from a passing fighter plane caused hospital medics to complain about the effect on heart patients.

In 1973 doctors Cole and Brown asked 20 non-smoking volunteers to sit it in a small room full of cigarette fumes to investigate the effect of carbon monoxide levels in the blood.

Adam said: "The aim of my drawing is to celebrate 900 years of history in 900 stories. There is a lot to celebrate about Barts – not just that it's 900 years old but that it’s survived two World Wars, the Great Fire, the Plague and the Reformation. It lives on and expands, the research they do at the hospital is incredible and it’s been the site of major discoveries in the field of surgery, medicine and pathology.

"My favourite story is that of a 90 year-old lady who, during the Blitz, decided it was too hot in her halls of residence so she slept on the roof with her bed sheet. She forgot to take the sheet down with her which caused a huge furore as it was reported that a German paratrooper had landed on the building!"

Barts Heritage chief executive Will Palin said: "Adam’s unique eye for the curious, the humorous and the tragic brings to life 900 years of history in all its beautiful, and occasionally bloody, glory!"

St Bartholomew’s is the oldest working hospital in the UK and will turn 900 years old on 25 March this year.

The map will go on display in the North Wing at St Bartholomew's Hospital from 1 February until the end of March. The public can view it during museum opening hours (Wednesday-Friday, 10am-4pm).

Limited edition prints will be available to purchase soon. Proceeds will support the Sharing Historic Barts project to repair and restore the hospital’s historic buildings with work set to begin this summer. 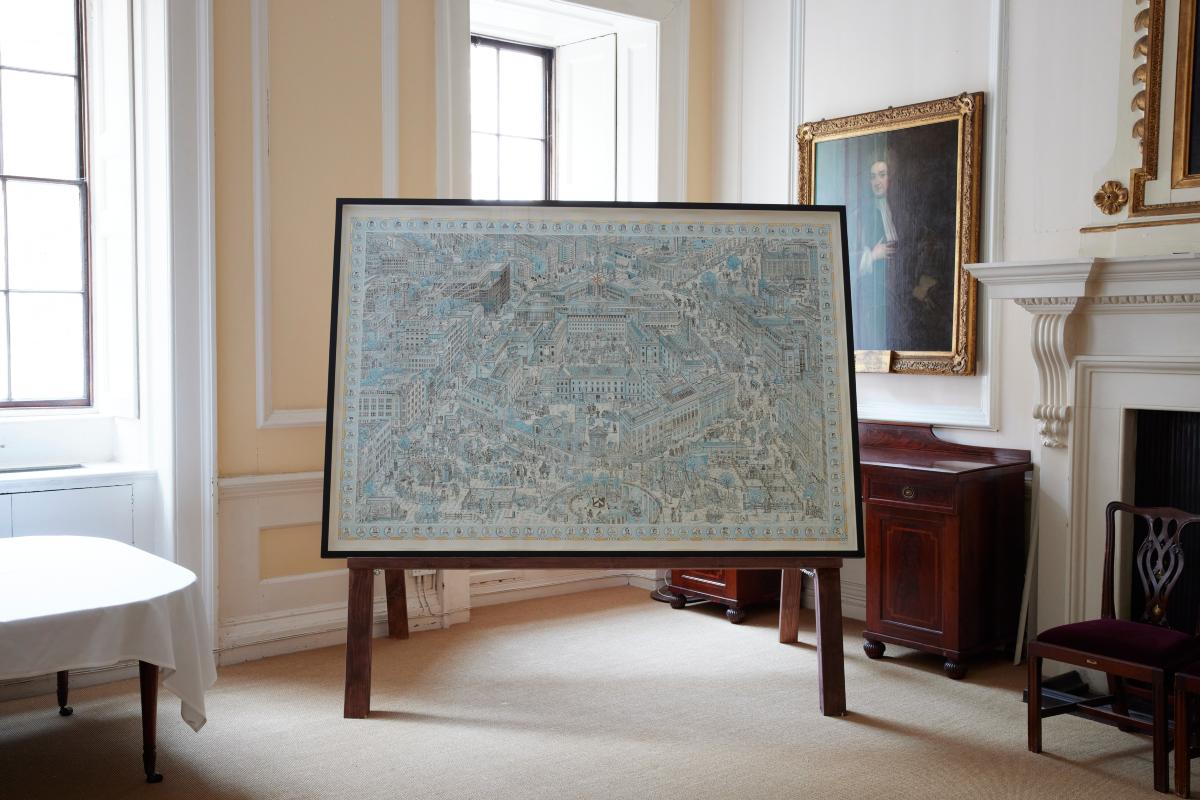 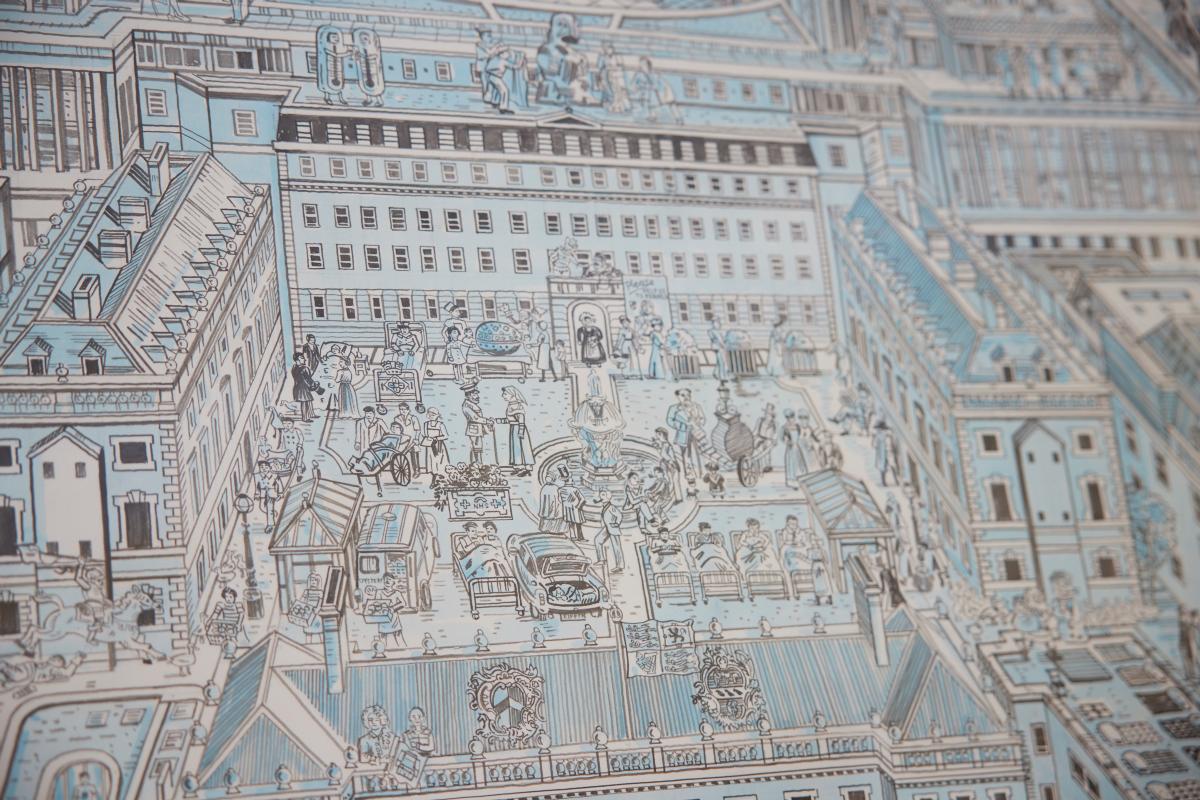 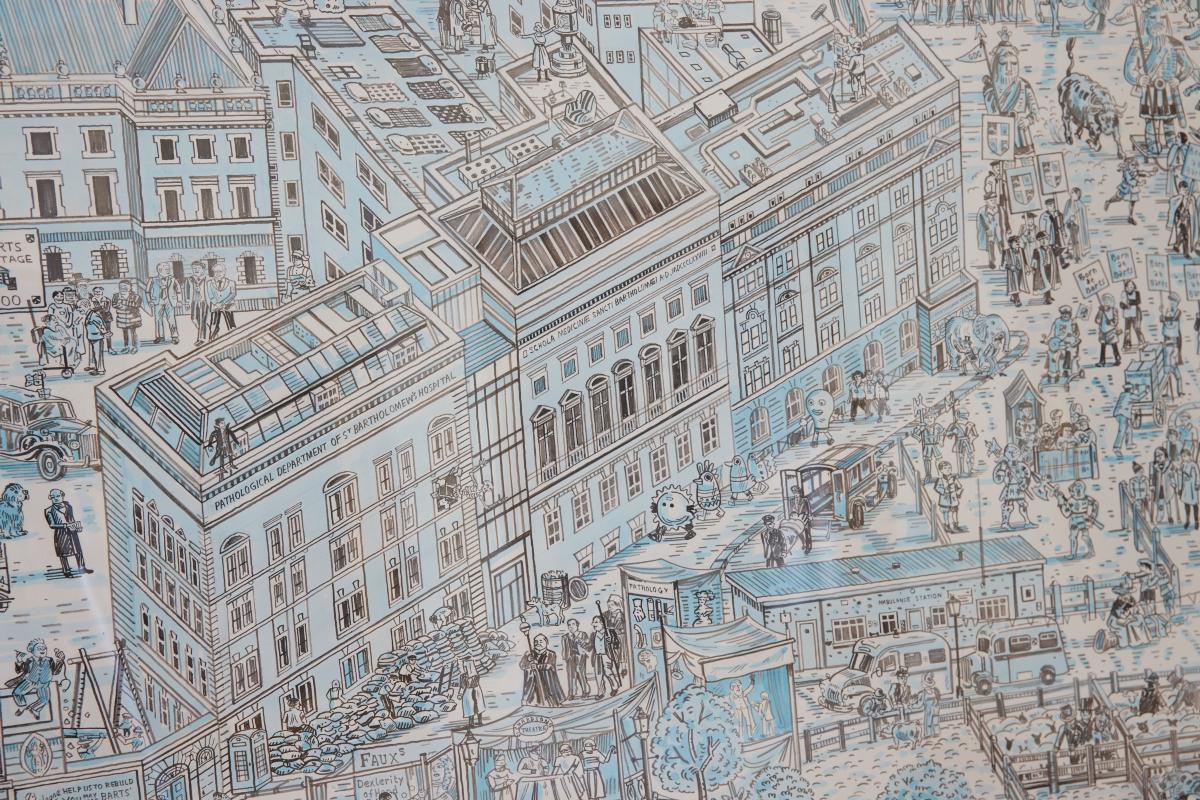 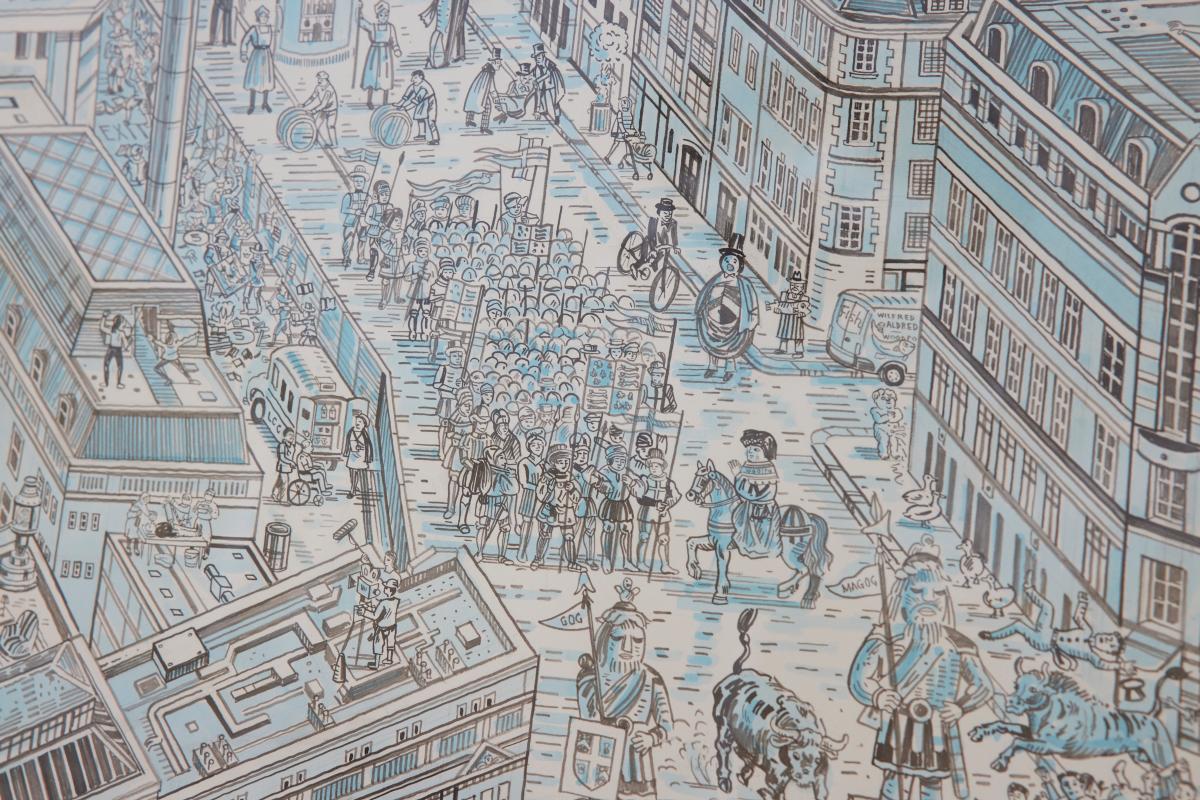