Today, we mark 105 years since the death of British nurse Edith Cavell who trained at the Royal London Hospital and was executed in World War One.

Today also marks 100 years since the Royal London Hospital nurses began laying wreaths in Edith Cavell's memory at her statue in London, which was also unveiled on this day in 1920. 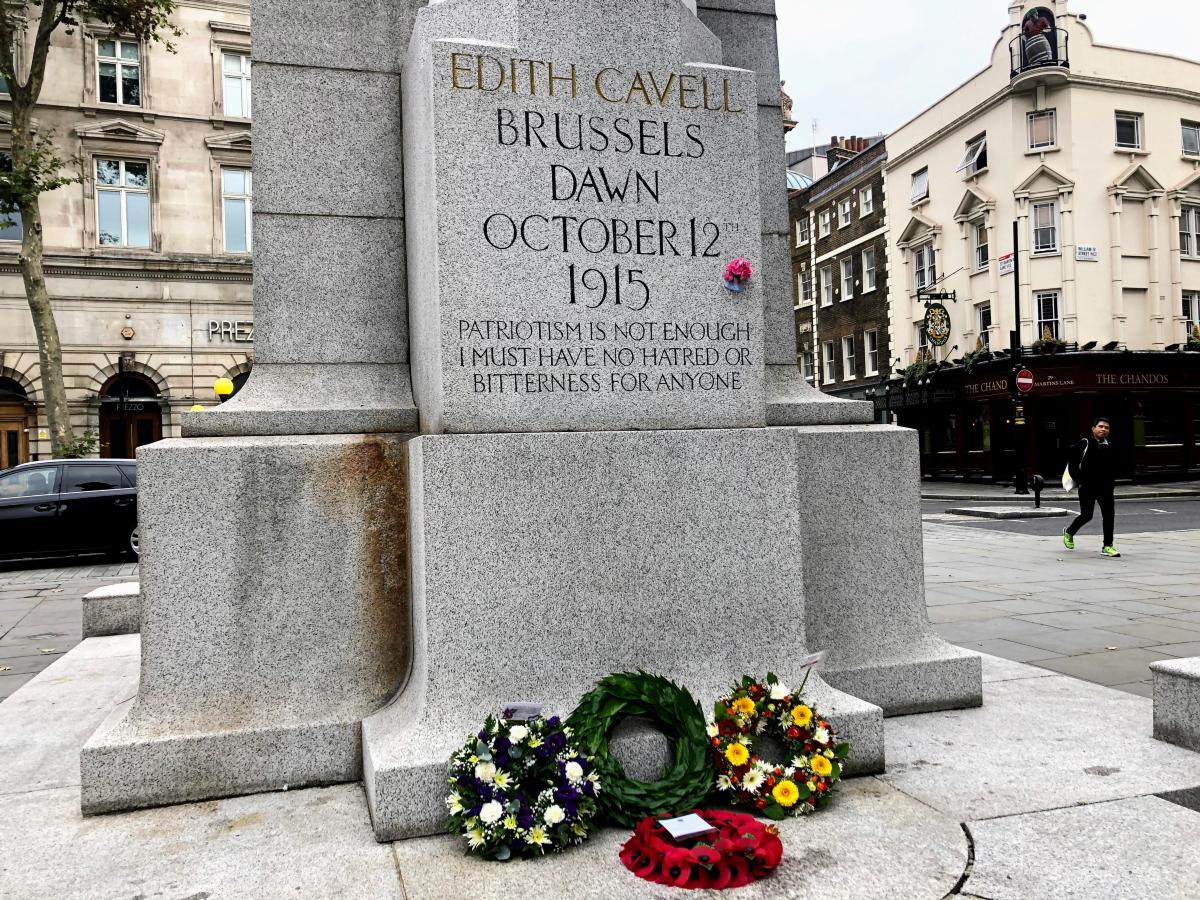 The wreath-laying was also attended by Barts Health Group CEO Alwen Williams and Tosh Denholm as well as Chair of Cavell Nurses' Trust, Susan Gostick, representatives from the Cheshire Regiment Association and Fran Davies, Master of The Company of Nurses.