The site of what was later to become Mile End Hospital was acquired by the Board of Guardians of the poor of Mile End Old Town. A workhouse was built on the site between 1858 and 1859 and within a few years over 500 adults and 170 children were residing at the workhouse. With the population of Mile End topping 110,000 by 1881, many of the workhouse buildings were demolished to make way for a new Mile End Infirmary, opened in 1883.

A Nurse Training School was established in 1892. The institution was taken over by the military authorities during the First World War. During the military occupation, the facilities of the hospital were considerably improved. In 1930, when the Hospital passed to the control of the London County Council, it had 550 beds.

With the introduction of National Health Service in 1948, the Hospital became part of the Stepney Group, merging with the Central Group in 1966 to form the East London Group. In 1968, Mile End Hospital, together with St. Clement's Hospital, was transferred to the management of the Board of Governors of the London Hospital, and it became known as The London Hospital (Mile End).

As a result of NHS re-organisation in 1974, it became part of Tower Hamlets Health District. In 1990, as part of the London Hospital Group, the Hospital was granted a Royal title by H.M. Queen Elizabeth II, becoming The Royal London Hospital (Mile End). The Bancroft Unit for the Care of the Elderly opened at Mile End in June 1990. Following several reconfigurations of community health services throughout the 1990s and 2000s, Mile End Hospital was incorporated into the newly formed Barts Health NHS Trust in 2012. 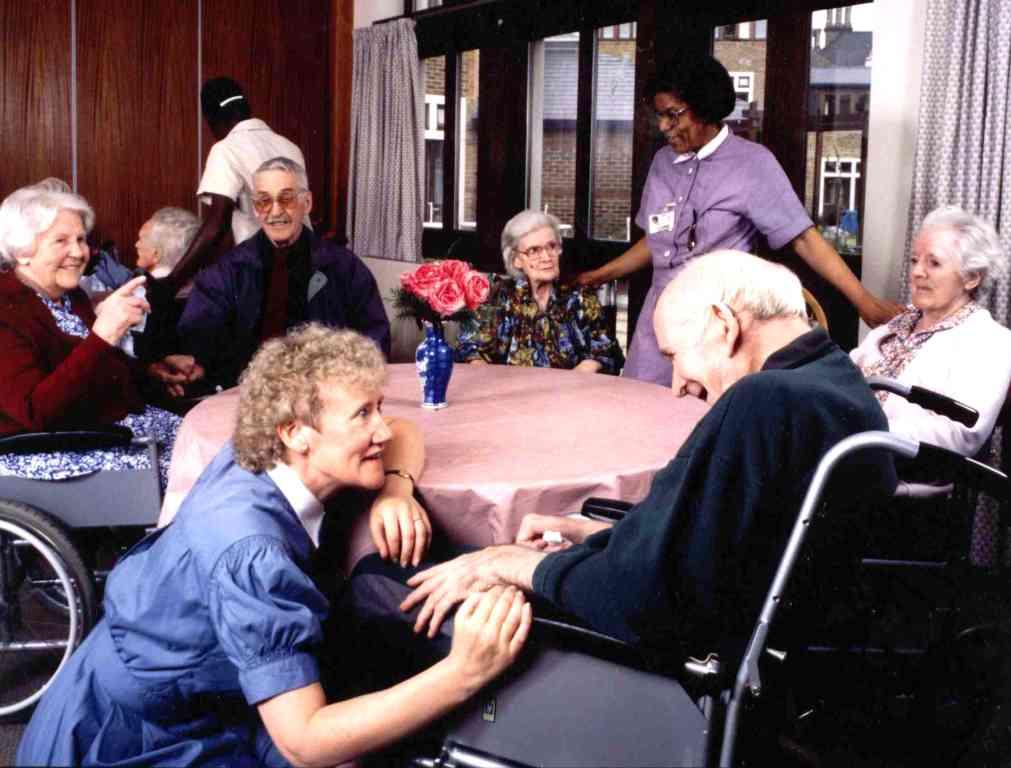 Image: care of the elderly in the Bancroft Centre.