A new website, developed by Barts Health staff, using video to help patients understand their procedure before undergoing treatment, has been shortlisted for a Health Service Journal (HSJ) award.

Explainmyprocedure.com features short animations on a range of cardiac procedures, including coronary angiography and how a pacemaker is fitted.

It has been shortlisted in the Digitising Patient Services Initiative category.

The website, the brainchild of David Wald, Professor of Cardiology at St Bartholomew’s Hospital, can be accessed by patients on their mobile, tablet or computer, before their consent to have with the procedure is given.

The animations are available in a range of languages including Bengali, Polish, Turkish and Hindi, as well as English.

In 2018, work by Professor Wald and his team found that less than a third of patients felt they fully understood their procedure, including the associated risks and possible alternatives, before signing their consent form.

Following a trial introducing the animations to cardiac services at Barts Health, this figure increased to 90 per cent.

It is hoped that, in time, the animations – part of Professor Wald’s Animation Supported Consent Project – will be rolled out to other specialities across the NHS, giving millions of patients the opportunity to learn more about their chosen treatment. 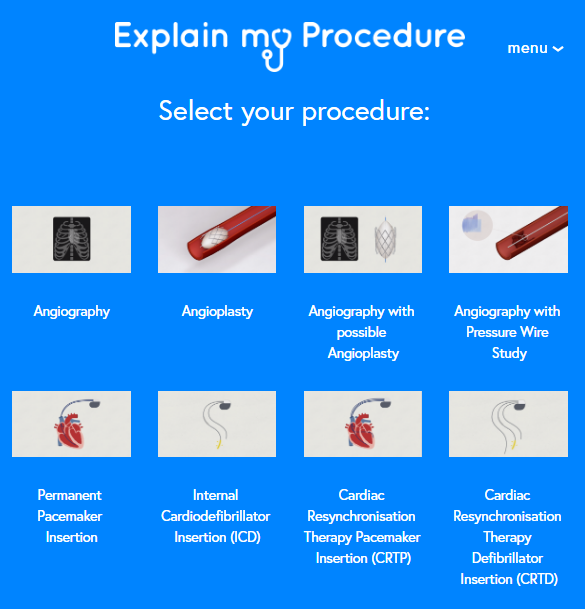 “It is a privilege to have been shortlisted for this award.

“It recognises the enormous dedication of Barts Health staff, who, over the past six months, have worked together to introduce this technology into the service.

“This nomination will strengthen our efforts to improve services and outcomes for patients, as we look to expand the project to other areas across the health service.”

“We would like to congratulate Professor Wald and Barts Heath NHS Trust.

“The entrants this year have been of incredible calibre and each of the finalists in this category has been chosen based on their outstanding commitment to excellence in healthcare.”

Now in its 39th year, the HSJ Awards celebrates excellence in healthcare.

The winners, chosen by a host of influential figures from across the sector, will be announced in a ceremony in London on Wednesday 6 November.