120 years: Finding the Extraordinary in the Ordinary | #TeamBartsHealth blogs

For South Asian Heritage Month, I want to start by focusing on one of my favourite family photos, displayed here. It’s 1983 and I’m aged 3, standing with my parents and older sister in front of the first house they owned in the UK. I have very little memory of this time, but my parents describe it as a time of great hope and anticipation. For me, the photo also represents the 120 years we have collectively worked in the NHS – my dad as a dentist, my mother and sister as general practitioners and me, a consultant physician in sexual health and HIV.

My father arrived in the UK in 1967 from Mumbai on a P&O ship to study for post-graduate dental qualifications and practice dentistry. He was following in the footsteps of his grandfather, Dr Krishnarao Ganpatrao Dhairyawan who gained qualifications from the Royal College of Surgeons of Edinburgh in 1907. Unlike my great grandfather who returned to Mumbai to practice as an ENT surgeon, my dad stayed. In 1972, he married my mother, a newly qualified doctor who joined him in the UK. She was pursuing a career in obstetrics and gynaecology, but was told not to apply for a registrar rotation, as it was “not a suitable occupation for women with children”.

My father went on to become a successful community dentist eventually settling in Essex with my mother. He ended his career providing dental services to children with special needs. My mother trained as a GP but was able to continue her enthusiasm for gynaecology by carrying out outpatient clinics, family planning and colposcopy. We were very proud to attend her Fellowship ceremony at the Royal College of Obstetricians and Gynaecologists (RCOG) in the early 1990’s.

My parents were part of a wave of healthcare professionals that were called from the former colonies in Asia, the Caribbean and Africa to staff the newly formed NHS after the Second World War. An estimated 18,000 doctors came from the Indian Subcontinent between the 1940’s and 1980’s and many ended up working in unpopular posts in deprived urban areas and in specialties such as general practice, psychiatry and geriatrics. Many reported experiencing racism and my parents were no different. They recall incidents of being told by patients that “they wanted to see a ‘proper’ doctor/dentist”, not them. And it wasn’t only patients. An anaesthetist told my mother in her first house officer job, that unless she left the operating theatre, he would not proceed with anaesthetising the patient. She had no choice but to leave. However, my parents also talk fondly about the British colleagues who went out of their way to support them. For my mother, particularly the consultant who taught her how to carry out colposcopy and for my father, the senior dental surgeon who provided him with references from his first clinical attachment, so he could apply for jobs.

I remember my parents working very long hours. They would drive to pick us up from school, and take us back to their surgeries, where we would do our homework, read books and wait to go home after their evening clinics ended. Seeing me do my homework on the floor of my father’s surgery, one of his patients came back and presented me with a desk he had built himself. In this sense, my sister and I grew up in the NHS and it’s perhaps not surprising we continue to be a part of it.

Being away from our families was hard for my parents, and whilst we spent long summer holidays in Mumbai, I will never forget the dreaded telephone calls in the middle of the night, indicating a loved one had died. My sister born in 1975, lived with my mother’s family in Mumbai until she was almost 2, as my parents who were working in hospital jobs often in separate cities in the UK, could not look after her. This was not uncommon for immigrant families at the time. Despite these sacrifices, my parents remained positive about working in the NHS, appreciating that it was free at the point of delivery, and prided themselves in working hard and providing excellent patient care.

The NHS also offered us extended family. We had few relatives in the UK, and so my “aunties’ and “uncles” were my parents’ friends from work, medical and dental school. And that’s what makes our story so ordinary. Our story is one shared by many others. There are thousands of multigenerational families like ours from Asia, Africa and the Caribbean who have sustained the NHS and continue to contribute towards it. But each family has an extraordinary story to tell. This is ours, 120 years and still counting. 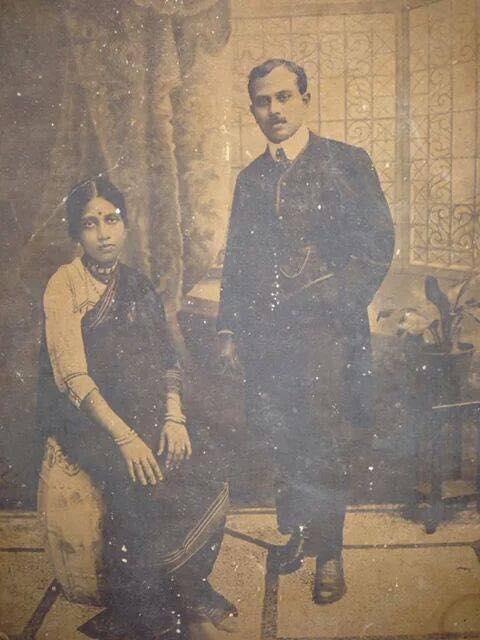