BAFTA award winning film maker Hassan Akkad joined our trust as a cleaner in response to the COVID-19 pandemic. Like many of our volunteers, Hassan wanted to make a difference to his local community and offer his support to staff and patients at Whipps Cross Hospital.

Originally from the Damascus region in Syria, Hassan was formerly an English teacher at a high school near his hometown. After leaving Syria in 2015, he arrived in the United Kingdom and settled in Leytonstone, east London

Hassan joined the SERCO team and began working closely with the cleaning and facilities team to keep our hospital areas and wards safe, clean and free from infection.

In April, Hassan tweeted a picture of himself wearing his cleaning uniform and PPE. The picture went viral receiving over  94,000 likes and propelling him into the spotlight. Further media attention resulted in Hassan being interviewed by Russel Howard, Piers Morgan on Good Morning Britain and singer Dua Lipa nominated him as her 2020 hero for GQ magazine. He has recently been nominated for the Independent’s Happy List, to honor individuals who have helped throughout the COVID-19 pandemic.

Hassan has finished his time at Whipps Cross now but before leaving, drawing on his background as a documentary maker, he began working on a photography portrait project in between shifts.

The pictures he took feature in a Politico article, they  capture the strength and humanity of the colleagues around him and resulted  in further attention from Vogue.

Of the portraits captured, one of the most striking is Hassan’s manager Albert. 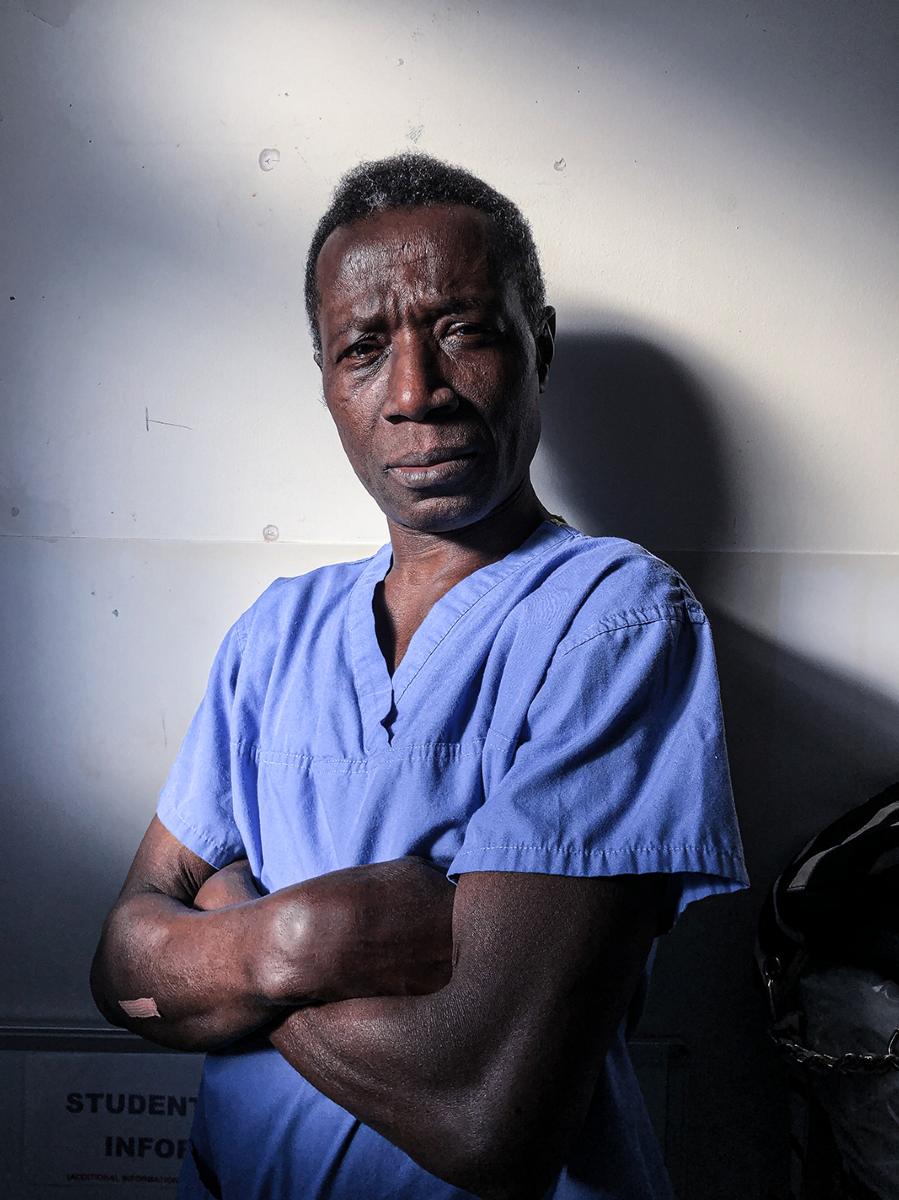 Albert has worked as a cleaner at Whipps Cross Hospital for 15 years. Hassan describes Albert as an NHS Hero and shared that he felt very lucky to have an inspirational role model like Albert to guide him during his first shifts as a cleaner at the start of the pandemic.

Of his time at Whipps Cross, Hassan says, “What I see in the ward is humanity at its best. Individuals taking care of others as they would their own. Recently, I have watched many patients being discharged. Seeing the staff who cared for them wave them goodbye, with big smiles on their faces, is amazing.”

Hassan captured 11 other photos of our remarkable staff including Perlita Damata, Sister for Birch Ward, who has been a nurse for 30 years and has worked in the NHS for 18 years. Another staff nurse Catharine is known to everyone on the ward as ‘Mama’ and is considered the wisest person to go to when it’s been a tough day on Birch Ward.  She has worked for the NHS for more than two decades, and Hassan said: “I can’t find the words to describe Catharine’s grace and kindness, and her dedication to watch over her patients when they’re unwell.” 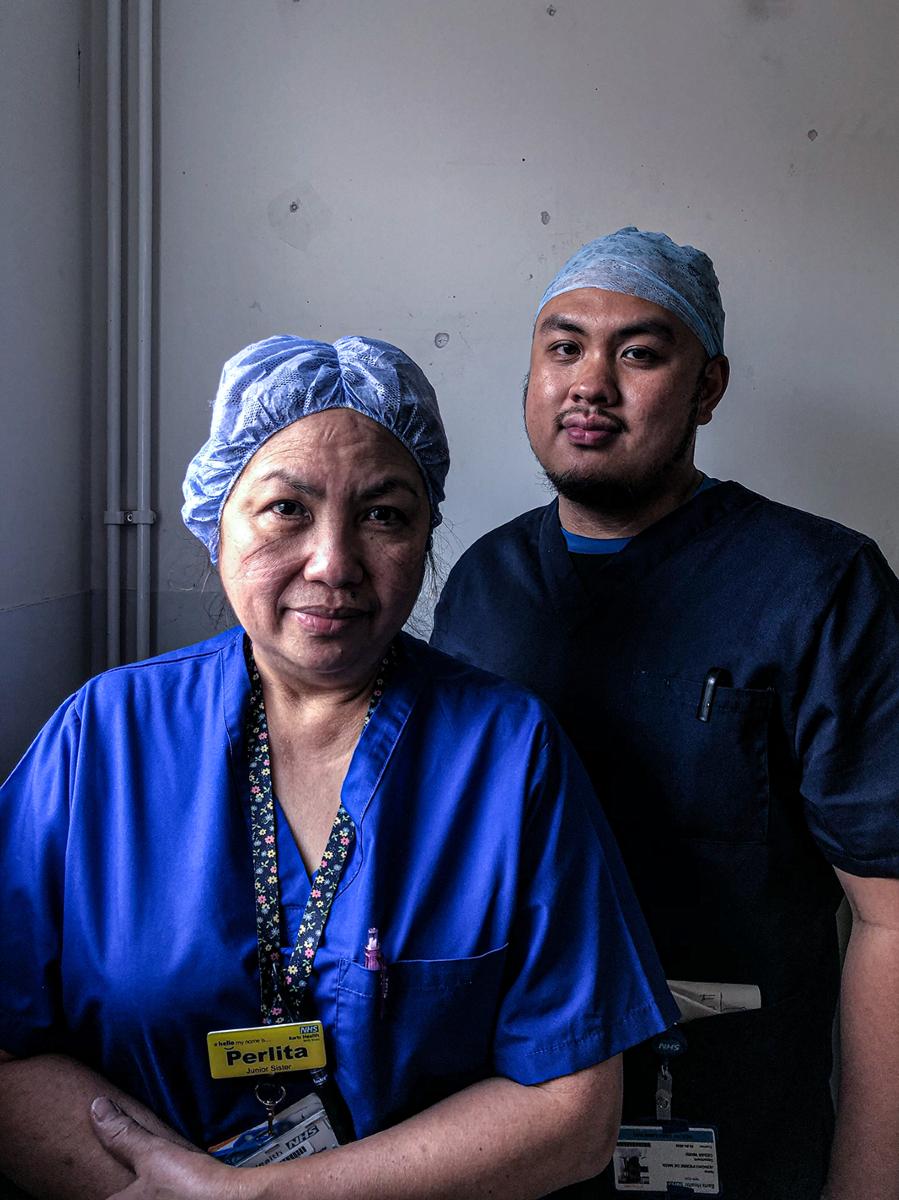 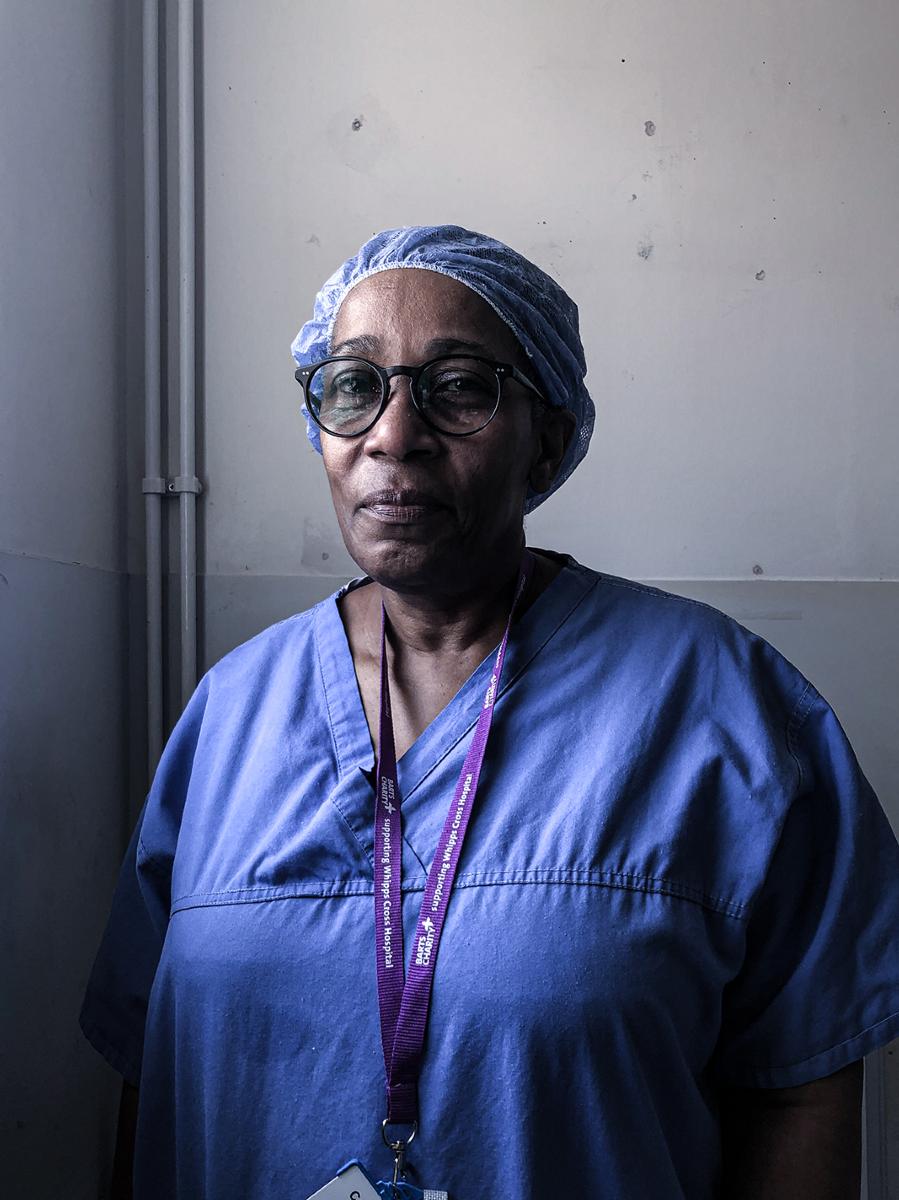 All of the staff on Birch Ward inspired Hassan, but working as a cleaner himself he was especially pleased to be able to spotlight the critical role of our cleaners, undertaking deep cleans to ensure that our hospital surfaces are germ-free to minimize the spread of COVID-19 and other infections.

Our cleaners and our SERCO staff more broadly have played such a vital role throughout the COVID-19 pandemic. They are the backbone to our hospital, and we are extremely grateful for their dedication to help keep our hospital hygienic and services running. With thanks to Hassan for helping to spotlight their work and the work of the whole team.