The Barts Health Heroes awards highlighted so many wonderful stories about our staff going above and beyond for the wellbeing of our patients. This included the story of our winner of the collaborative category, Brian Coleman, Senior Cardiac Rehabilitation Nurse Specialist at Whipps Cross Hospital. 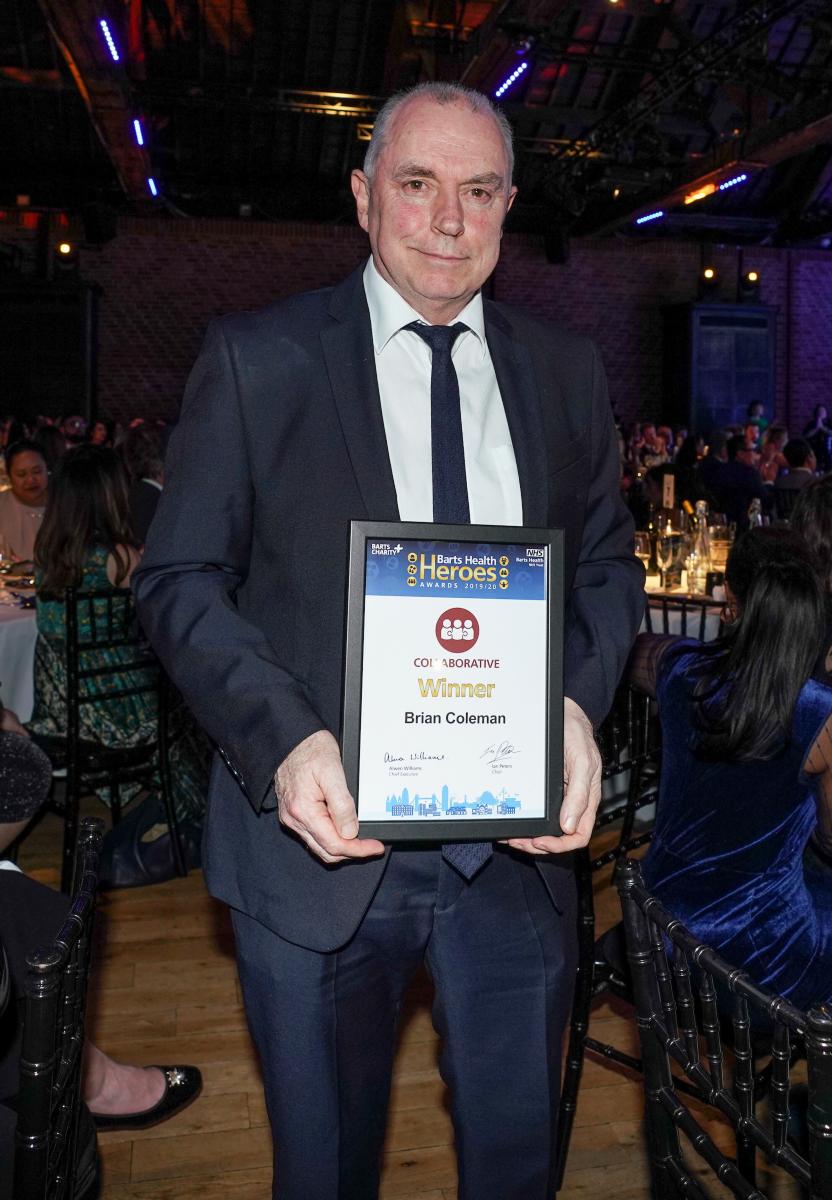 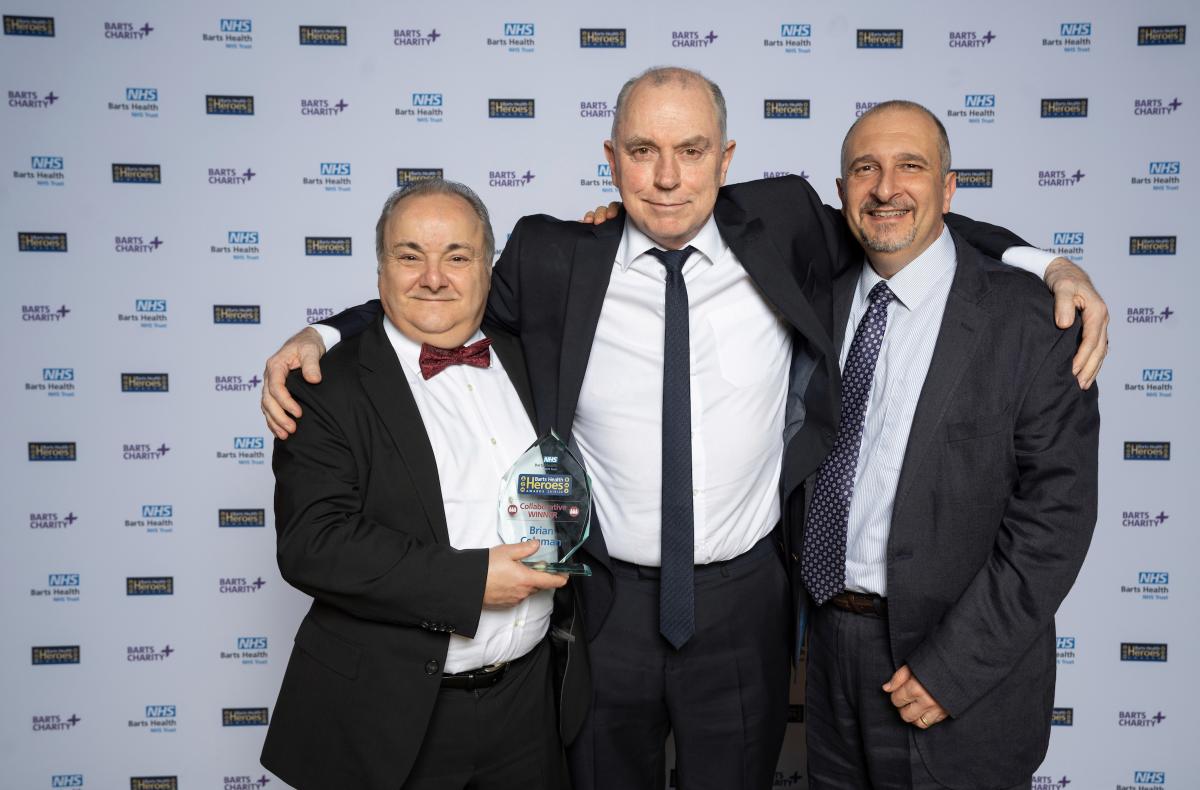 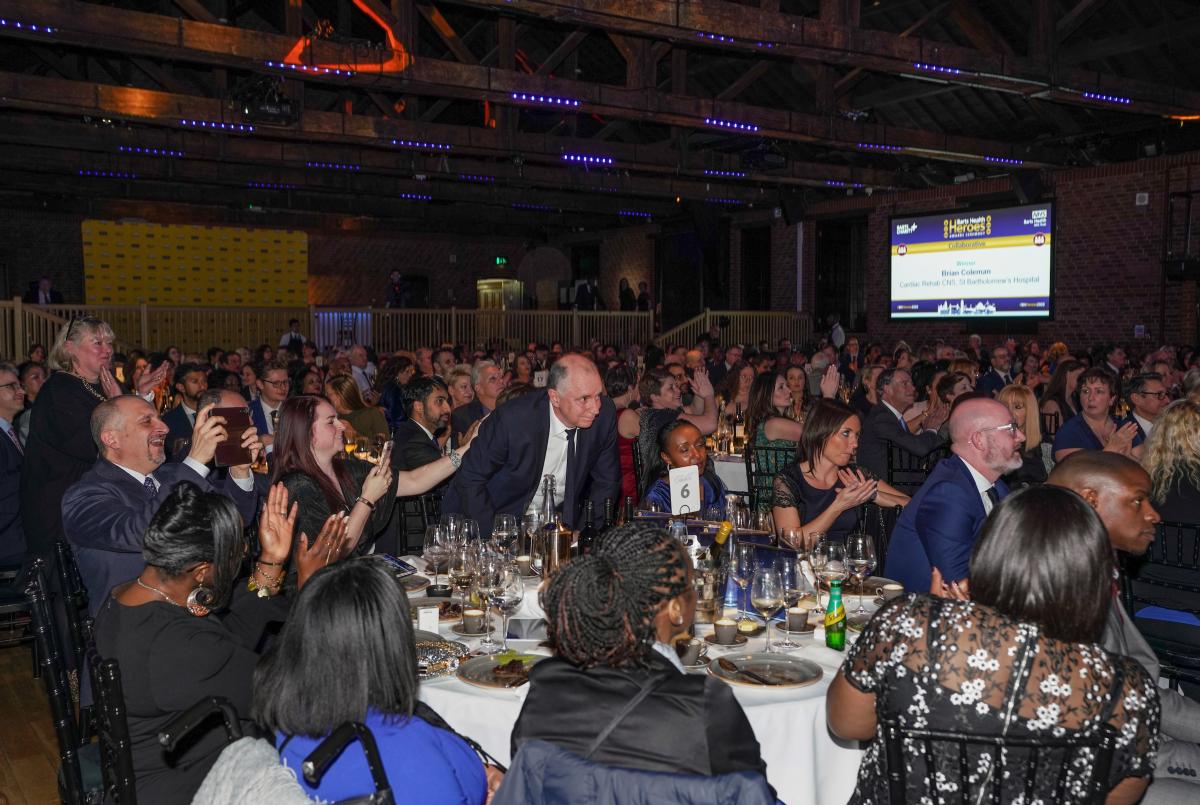 Brian runs clinics and cardiac rehabilitation sessions as part of his role, but he continuously goes above and beyond for his patients by running a community football club. The club offers a rehabilitation programme to patients who have finished their hospital-led rehab sessions, and would normally be left to their own devices. The Two Touch Athletic Football Club provides on-going physical activity, as well as psychological and community support, to post cardiac patients.

The club was established in 2009 by Brian and Colin Gilbert of Kelmscott Leisure Centre. Their aim was to provide cardiac patients who had completed the cardiac rehabilitation programme a form of long-term exercise that was both accessible and fun. Brian felt that football would not only be an informal way of maintaining fitness but would provide Barts Health patients with an opportunity to meet others with the same conditions and to exercise safe in the knowledge that there are medical professionals in the room.

The members of the club cannot praise Brian highly enough and consider this true holistic rehabilitation. The ten year birthday celebration of the club was simply inspirational and a true example of how a hospital can collaborate with the community. The team, alongside clinicians, have; amongst other things, climbed the O2 and put on football matches to raise money for Byron Ward. 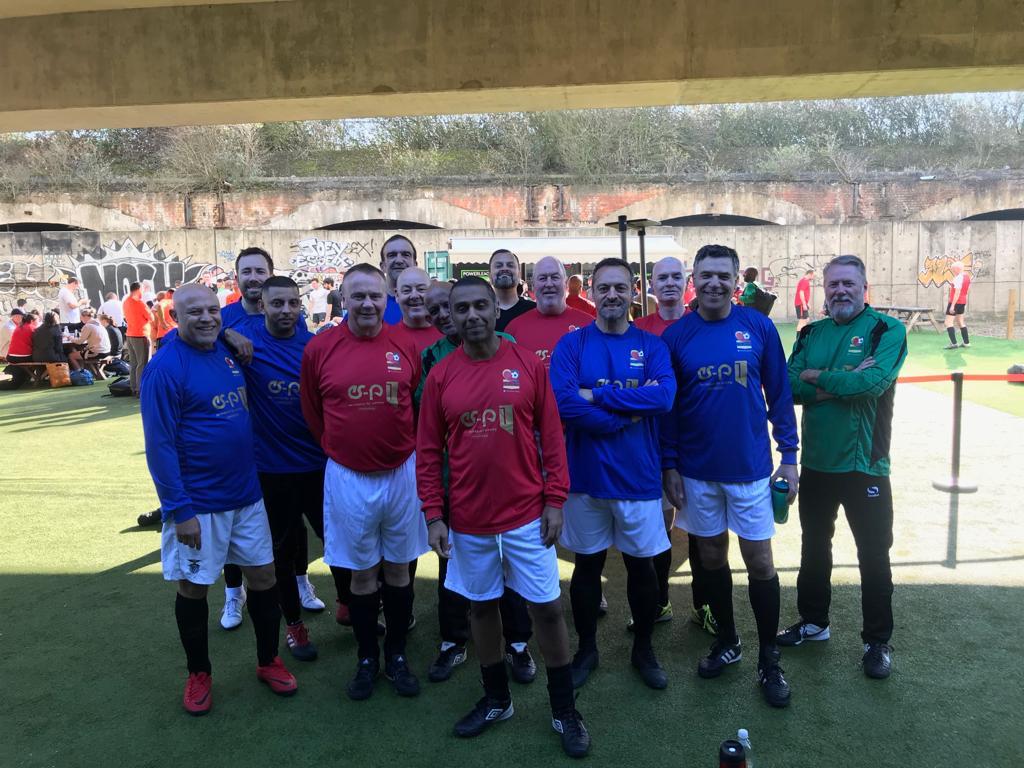 Brian is truly dedicated and committed to his patients and he believes in giving back to the community, but also giving back to the cardiology unit at Whipps; a unit he help set up and believes passionately in. Brian consistently receives exceptional feedback via our Friends and Family Test, with one even one describing him as a jedi!

After the ceremony, Brian said: “It was a pleasure to stand in the shadow of some fantastic people that work across the Trust. I’m very lucky to be part of a great rehab team here at Whipps Cross and my colleagues at Barts Health, and my colleagues on Byron Ward and the staff on Elizabeth and CCU.”

Brian’s win has received heartfelt support on Twitter, with Alwen Williams - Barts Health CEO, his daughter and many staff members tweeting their admiration.