Shabina received over 7 nominations across the nomination year and on the night, one of her patients had the honour of presenting her award to her.

We caught up with her in the Globe Gardens at Newham Hospital to find out how she felt about winning the award and the impact it has had on her current work.

Winning the award felt amazing. I was shaking when I got called up as I am quite shy. It felt amazing when everyone was congratulating me. 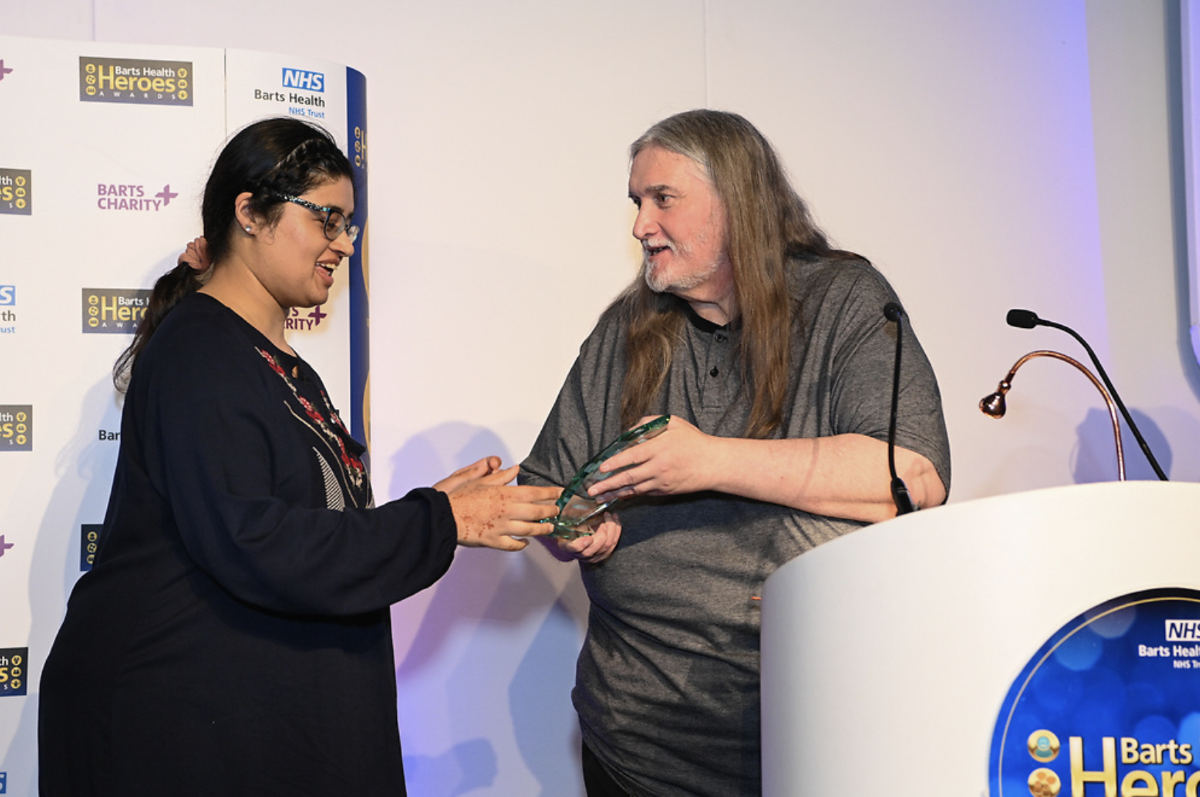 Shabina has worked for more than 5 years at the Trust and this was her first Barts Health Heroes award win. She keeps the trophy in her living room to remind her of her achievement.

Although Shabina won the award as an individual, she shared a lot of gratitude towards her team.

“I want to say a big thank you for everyone supporting me, we have all worked together.”

Whilst Shabina received multiple nominations herself, she also frequently nominates other colleagues who have gone above and beyond.

I have nominated a few people and I would say to everyone to just go for it!

The nominations can be submitted by colleagues and patients. It is a positive way to highlight and recognise members of staff who have gone above and beyond in their roles.

All staff that get nominated for a site star of the month also get automatically entered in to the Barts Health Heroes awards.

Is there a team or individual you think deserves to be invited to the next awards?

Nominate teams and colleagues today for consideration for our 2023 awards ceremony. The deadline is 30 September 2022.

We look forward to receiving your nominations via the online form.