A specialist emergency service, which takes senior doctors and state-of-the-art medical equipment on the road, is successfully treating many patients at the scene, potentially avoiding almost 1,000 ambulance trips to hospital and saving over £500,000 a year, according to new research led by Barts Health NHS Trust.

The Physician Response Unit (PRU) is a collaboration between Barts Health NHS Trust, London’s Air Ambulance Charity and the London Ambulance Service which responds to 999 calls in northeast London. Staffed with a senior emergency doctor, in addition to an emergency ambulance crew clinician, the doctor’s experience enables the PRU team to treat a wider range of illnesses and injuries at the scene, compared to ambulance crews which more often need to take emergency patients to hospital.

The PRU car carries advanced medication, equipment and treatments usually only found in hospital, such as instant-result blood tests, urine tests and sutures to stitch serious wounds.  It also has a computer with access to patients’ electronic records, allowing the team to review hospital and GP notes.

The PRU launched in 2001 and was the first in the UK. The innovative model has since been implemented across the UK, including Wales, Oxford and Lincoln, with other parts of the country also looking to develop similar services.

Dr Tony Joy, Consultant in Emergency Medicine at Barts Health NHS Trust and Clinical Lead of the PRU, said: “Emergency Departments, inpatient wards and Ambulance Services are under a lot of pressure, so the time is ripe for a service like this to be rolled out more widely. The Physician Response Unit takes the emergency department directly to the patient. We’re able to provide immediate patient-centred care for those who would normally need to be taken to ED. This also frees up hospital and ambulance resources, and allows us to prioritise care in ED for very sick patients.”

‘This should be made available to as many people as possible’

Earlier this month, Charles Rumsey, aged 90 from East Ham, London, had a blocked catheter for which a district nurse advised calling 999 for hospital attention. He has advanced dementia, and he and his wife were braced for a long day at A&E. Instead, a PRU team arrived and were able to change his catheter at their home.

His wife, Valerie Rumsey, said: “I initially phoned the local nurse, who said we should call an ambulance because it needed quick attention. So I phoned 999, and we got ourselves ready to go to hospital in an ambulance.

“The response was so quick, arriving in around 10 minutes, and I was amazed when a car turned up with two medics, including a senior doctor, and an unbelievable amount of equipment. They examined Charles, and said it could be done there and then. I just couldn’t believe it. The doctor who unblocked the catheter was absolutely brilliant, and sorted everything out so quickly.

“Because my husband has advanced dementia, it meant an awful lot to us not to have to take him to hospital. It’s made us quite emotional, feeling so well looked after without having to leave the house. This should be made available to as many people as possible. A lot of people our age would benefit, and so would babies and children. Everybody would benefit, in fact.” 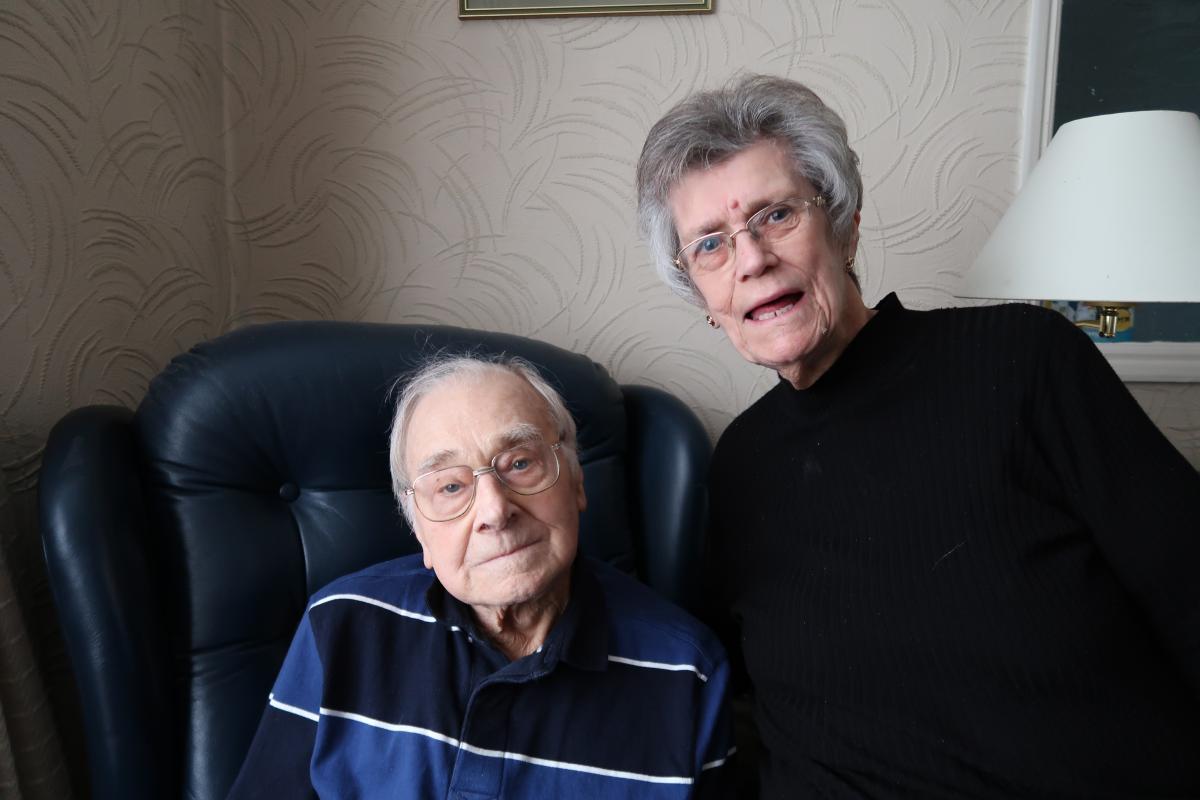 The latest research, published in the Emergency Medicine Journal, shows that many patients seeking emergency care via ambulance can be managed outside of hospital using the PRU:

Getting doctors out into the community

Dr Tony Joy added: “A big motivation for us is getting emergency doctors out into the community to learn more about the people they serve. It’s empowering for the doctor to see the patient in their own home rather than in ED where they see so many patients over a short period. And unsurprisingly, the patients love it too.

“In addition to the patients benefiting, our clinicians are also finding great reward and satisfaction from more collaborative working between the ambulance service and the hospital team.”

London Ambulance Service Chief Medical Director Dr Fenella Wrigley said: “This service, with support from London Ambulance Service emergency ambulance crew, helps bring expertise into a person’s home potentially saving a patient an unnecessary trip to hospital. This means more ambulances may be available for even more critically injured patients.This is one of a number of advances the Service has made to reduce the number of patients we take to emergency departments by offering the right care for them elsewhere and reducing pressure on the wider healthcare system in London.”

Jonathan Jenkins, Chief Executive of London’s Air Ambulance said: “I’m incredibly proud of the innovative work Tony and everyone at the PRU are doing and the difference it is making to patients’ lives. London’s Air Ambulance Charity knows the importance of bringing the emergency department to the patient and the PRU is a crucial part of this, allowing us to do the very best for our patients. The opportunity to expand this work, both ourselves and with partners, is huge.” 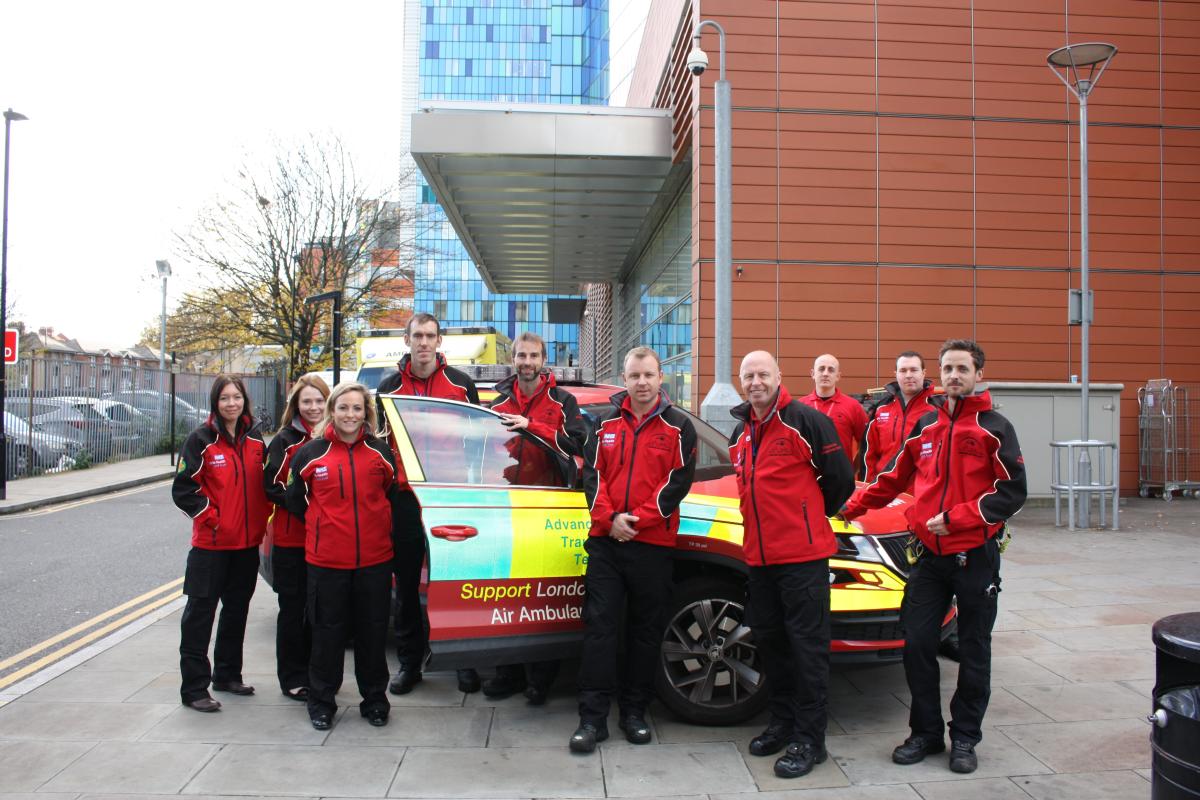