A rehab programme for heart attack patients in east London has been described as ‘transformational’.

Praise has been heaped on the service which sees hundreds of patients each year from across our London boroughs.

Cardiac rehabilitation helps people recover after a ‘cardiac event’ such as a heart attack or major surgery.

It’s usually made up of a mix of education and exercise sessions.

Research shows that cardiac rehab can reduce the risk of another heart attack and readmission to hospital.

It also boosts wellbeing and quality of life, with participants loving the social aspect in particular.

NHS England wants 85 per cent of heart patients to have cardiac rehab by 2028. 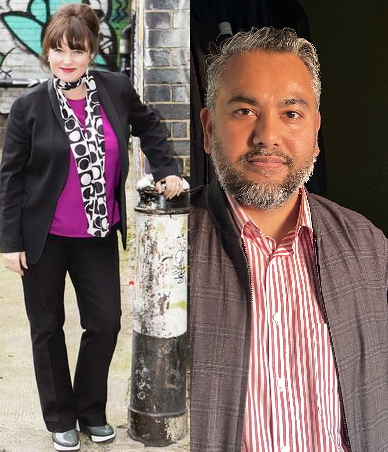 She said: "I worried I’d never feel fit and confident in a gym again. The rehab has been amazing. It pushed me to reach my fitness potential and the results have been transformational. I have a spring in my step and I’m alreay on level 10 on the rowing machine."

Golam (pictured right) was admitted to hospital after a heart attack in May last year. He says the help has been "absolutely life changing".

"My confidence was so low and I was frequently panicking about my life ahead. The rehab team gave me the confidence to do things normally.

"Being able to see things differently finally enabled me to resign from a job which was physically demanding. With professional support, I’ve found a new role that I’m enjoying."

Chats about diet and lifestyle changes have had a really positive effect on my mental health - Esther, rehab patient

This week, our rehab programmes at St Bartholomew’s and The Royal London hospitals were given special status by an expert national body.

The British Association for Cardiovascular Prevention and Rehabilitation awarded national certification - handed out to programmes which meet its high standards - and the team are eyeing the same gong for our Whipps Cross service.

Expert rehab nurse Judith Colley said: "We’re over the moon. Seeing patients progress is so rewarding. Fab feedback followed by certification is the icing on the cake!"